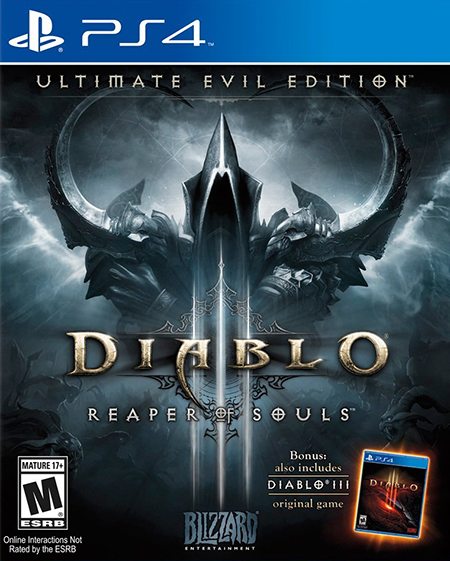 Description Diablo III: Reaper of Souls is the first addition to Diablo III, which adds a new class - Crusader, changes the loot system, adds new locations and a completely new game mode - "Adventure". In addition, players are sent west, to Westmarsh, in order to destroy the angel of death of Maltael, who decided to destroy all the inhabitants of Sanctuary with the help of a black shower stone. Players will have to conquer new locations, meet with old friends and interfere with the devil's plans for the fallen angel.

In addition, the maximum level of heroes was increased to 70, each hero was added a number of skills, and many of them turned out to be recycled. Also, the addition brought to the game a lot of new legendary and complete items, a revision of the balance and new enemies. Thanks to the new "Adventure" mode, players can now not just consistently go through the story over and over again, but cleanse the world of demonic filth in the order that they will be more convenient. In addition, the creators have added to the game the so-called "nefalemskie portals" in which players can hone their skills, killing monsters for a while, raising the level of portals and the complexity with which they will face.

USA
How To Skip and Bypass Adf.ly Links "press allow to continue"