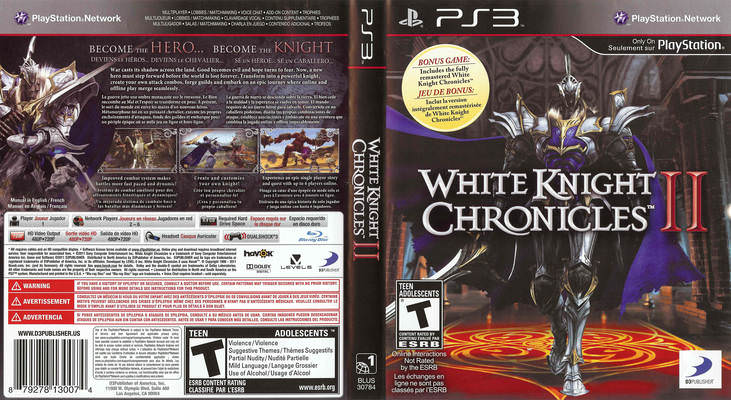 Description White Knight Chronicles II is a role-playing game on PS3. The scenario is directly following the first part and the game also includes the entirety of the original episode remastered version. The solo adventure closes the story of the series and involves various heroes with the ability to turn into colossal knights. The app also has many online missions and can customize the appearance of his avatar and his knight.